I felt more than a little embarrassed: my boss at the innovation firm I’d recently started at was looking at me like I’d confessed to not knowing how to type. One of the most hyped technologies to become readily accessible, and yet I’d never experienced virtual reality (VR). Oh the shame.

Five minutes later I was wearing a VR Box and about to ride a roller coaster (not one of my favourite things to do at the best of times). One minute later I was sick in the bathroom, which is thankfully very near the office.

Apparently I’m one of the circa 15% of people overall and 20% of women (although those numbers are not well researched and vary considerably), who experience VR, or Simulator Sickness. Subsequent research revealed to me that a roller coaster experience is the very worst way to introduce someone to VR…

I get car sick unless I’m driving, I get sea sick (deep-sea fishing was a really, really bad idea of mine once), I get sick on roller coasters, I get vertigo walking across bridges that have weird angles, so I shouldn’t have been surprised – but VR sickness wasn’t something I’d even heard of.

VR sickness is a serious impediment to the greater application of the technology. Whilst taking it into nursing homes is a lovely idea for the mobility impaired, there would be serious health implications for those getting sick (and particularly those unable to communicate that quickly or effectively).

The cause of the sickness is basically that your perceptual system doesn’t like it when the motion of your body and your visual system are out of whack. When you see motion you expect to be moving, but when you’re not actually experiencing it, it causes confusion and results in simulator sickness.

Symptoms of the sickness include nausea, dizziness, headache, sweating, and excessive salivating – and can continue for hours after you take off the headset. Personally, I experienced all of these except the salivating. It was not pleasant.

Various companies are attempting to address this, however with little real success. Sony has developed technology for VR sets that tracks a user’s health threshold – if the device detects the user is entering a state of discomfort they will be alerted in time to quit before actually getting sick (so, I presume I would have been alerted ten seconds into my experience – hardly helps me actually use my brand new expensive device!). Even more unhelpfully the Sony patent also recognises swearing and negativity as a sign of discomfort – a sweary person like myself wouldn’t make it past the first bend in the virtual roller-coaster.

Anecdotally, VR experiences that include a fixed object, such as a cockpit, go some way to mitigating the effects on the body, and most interestingly, if you can see a virtual nose in your range of vision (because in real life you can always see your nose – even if you’ve kinda tuned it out!), this helps, too. In fact, one of the leaders in this research, Associate Professor David Whittinghill at Purdue University in Indiana, has patented a VR system which includes a fixed object amidst the moving VR, which in one iteration is in fact, a nose. Additionally, decreasing the field of vision within VR also decreases sickness (that also decreases the overall experience, however!).

So what happens if I want to hang out in virtual reality as it is now, but I get sick? The internet helpfully suggests several preventative measures that should help, and a few post-sickness-onset treatments as well. I decided I’d spend a week testing them. Visiting an immersive VR cafe in Sydney every day for a week, I’d test a different preventative treatment to see what would work on this guinea pig.

#1 Armed with a chunk of fresh ginger I went to my first immersive VR experience curious and optimistic that by the end of the week I’d be a VR gamer and have a whole new, and entirely pleasurable, hobby.

After being shown the ropes and chowing down on my fresh ginger I was hooked up to a tethered VR headset and guided through selecting an experience. Time to see if I was going to sick as quickly as I had the first time.

“Got a flying experience with a cockpit? Or any fixed object? A nose”

“Yes, we have a flying experience. No games with noses.”

After leaving the cafe I walk into a mirror in the Queen Vic building and walk into people on a regular basis for a good hour. A martini seemed to fix the after effects but they may also just have worn off… I did stare at the half full glass (you look at the water line), in an attempt to try one of the recalibration techniques suggested online, which seemed to help, but it was more likely to be the half of the martini I’d drunk.

#2 To the strains of Phoebe Bridge’s ‘Motion Sickness’ on the radio (does that bode well or badly for today’s experiment?) I pop a Phenergan 25mg tablet and briefly wonder if this will mean I’ll fall asleep at my desk before getting to the VR cafe. It’s three hours before my appointment so ample time for the drug to kick in and hopefully prevent simulation sickness as it’s commonly used to prevent motion sickness (as well as treat allergic reactions and induce sleep).

After struggling to stay awake, let alone focused in the hours leading up to my VR session, I get on my way, picking up a chocolate bar and a strong coffee on the way. I certainly don’t feel like a sharp-shooter so I ask if the cafe has any adventure games. The thought of the roller coaster, plank (I still shudder thinking about that one), or skiing I went through trying yesterday is still so deeply unappealing I want to see if the experience was gentler I could stay on longer. We settle on Google Earth.

It turns out that even Google Earth presents its own problems: not least in the experience’s introduction when the scene changes quickly from mid-air above canyons to space, looking back at the earth. I jump a bit and hold on to the sides of the chair. I don’t like this, but thankfully some of the boundary grid is showing below my feet so I concentrate on that. ‘Travelling’ down through space towards the earth gives me vertigo, but when I control the ‘driving’ down on earth itself I find that helps – just as driving a car means I don’t get car sick.

After 12 minutes spent in VR (my longest stint yet!), I feel only a mild tight headache and slight sense of nausea walking back to the office. I bump into one person when I reel at a looming shadow I don’t ‘notice’ until the last minute, but can’t really tell how much of this is simply because I have a cushion for a head on the Phernergan. For the next couple of hours I get a head spin every time I stand up.

#3 This time I take an experienced VR gamer with me. But I get him and I drunk beforehand. This could be a very good idea or a very bad one as we sway into the cafe. We figure on one booth and a shooting game (I’m feeling confident enough from the booze to give something that would normally terrify me a go), and we decide just to take it in turns rather than shoot each other.

The gamer goes first for ten minutes and appears to really enjoy it – albeit giggling a bit too much for a serious war game – and then I get strapped in.

Unfortunately the heat of the VR set is having a greater effect because of the whisky, so it’s almost immediately uncomfortable. Once the game starts I feel like my eyes are going a bit cross-eyed and when I see the first enemy soldier I start wildly looking around for a ‘rock’ to hide behind. The heat and the game’s tension is too much within one minute – and as soon as my head is out the relative cool air of the cafe is a relief. No headache – but that will come tomorrow.

#4  Today’s ‘solution’ is marijuana. I am almost immediately sick. That’s all you need to know – really.

By now I am sure I won’t be using VR again any time soon – but keep on VR gaming those who can! Looks like it could be fun (apart from the plank, the flying, the shooting, the skiing and especially the roller coaster games). 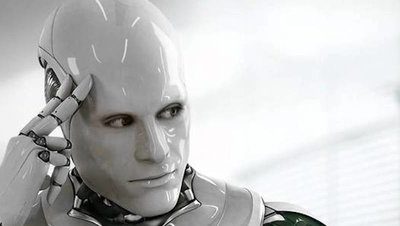 The future is male

In a recent video published by The Guardian, author of Oranges Are Not The Only Fruit, Jeanette Winterson asks: “Where...