Finding the Truth in Your Data – Going Beyond Gut Instinct

During my recent visit to Copenhagen, I heard neuroscientist, author and speaker, Katarina Gospic, talk about the way that our brain processes data and makes decisions. She explained about the ancient brain – the limbic network that has been slowly developing over thousands, perhaps millions, of years. And also about the new brain – the frontal lobe – which has only been evolving for a few thousand years. It is this frontal lobe that carries out the higher mental processes like thinking, decision making and planning while the limbic system is responsible for our emotions, memories and what we call our “gut instinct”.

The ancient brain is vast – spread through the body via a range of senses. And it is fast. Very fast. The new brain, by comparison is slow. Much slower. So slow, in fact, that our gut instinct – the decisions that come from our limbric brain – come to us way ahead of our slower, thinking part of the brain brain.

Which of our brains make the best decisions?

I have always relied on a combination of both gut instinct and analysis. The limbic system, however, operates so quickly that it can easily confuse us. For example, we can make a determination based on gut instinct and then rationalise it through slower, deeper analysis in the frontal lobe. This is otherwise known as “jumping to conclusions” and we are all susceptible to this joy.

When analysing the year’s downloads of Disruptor’s Handbooks, I noticed a massive spike of activity in early December. This coincided with the release of our Growth Hacking handbook. I connected cause and effect. Here is the chart.

With all of our handbooks and innovation techniques, we encourage our clients to actively document their processes and assumptions. Through this kind of documentation we are able to more objectively assess our hypotheses and determine where the truth might be in the data. But …

Because the data was telling me what I wanted to see, I was pleased. It accorded with my experience of the growth of both our subscriber base and our consulting services. I could see:

I had fallen victim to my own confirmation bias. I had seen what I wanted to see and it was reinforced by  secondary data – subscription growth statistics and a new publication:

In psychology and cognitive science, confirmation bias (or confirmatory bias) is a tendency to search for or interpret information in a way that confirms one’s preconceptions, leading to statistical errors.

Revisiting data with a clear brain

When I looked more closely I was surprised to see that the downloads that accounted for the vast majority of the spike was not the handbook on Growth Hacking, but one of our first handbooks. The Disruptor’s Canvas – a reworking of the one page business model canvas for disruptive innovation.

And this has now prompted a whole range of new inquiries:

But the most important aspect of this is that it has reminded me to write my assumptions down and then test the data against them. 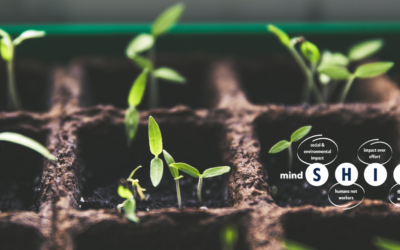 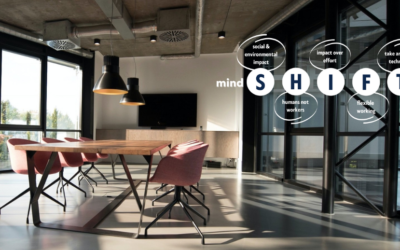 The three disruptions of the mindSHIFT Era

2022 is nearly here. And as pandemic restrictions gradually lift, most of us are looking forward to the new year with...

This website uses cookies to improve your experience while you navigate through the website. Out of these cookies, the cookies that are categorized as necessary are stored on your browser as they are essential for the working of basic functionalities of the website. We also use third-party cookies that help us analyze and understand how you use this website. These cookies will be stored in your browser only with your consent. You also have the option to opt-out of these cookies. But opting out of some of these cookies may have an effect on your browsing experience.
Necessary Always Enabled
Necessary cookies are absolutely essential for the website to function properly. This category only includes cookies that ensures basic functionalities and security features of the website. These cookies do not store any personal information.
Non-necessary
Any cookies that may not be particularly necessary for the website to function and is used specifically to collect user personal data via analytics, ads, other embedded contents are termed as non-necessary cookies. It is mandatory to procure user consent prior to running these cookies on your website.
SAVE & ACCEPT