When we look at startups, we are often surprised at how SMALL they are. One, two and three person teams seem to be able to generate significant output in very short periods of time. Even when we look at our more successful startups – operations like Canva or Atlassian – we’re seeing organisations that are far from the massive employment engines of our mature industries. Canva founder and CEO, Melanie Perkins now boasts a team of 70 (though if word gets out about the free chef-cooked lunches, I’m sure demand for roles in the hot tech startup will grow), and Atlassian, while at a substantially bigger 1148 employees in 12 cities, are significantly smaller than employment giants like Telstra at over 30,000 and Woolworths with over 200,000 employees.

But despite their scale, startups and small businesses in Australia, have a very important role. They drive employment growth.

To be released on 4 December 2015, The Australian Startup Muster will reveal the facts and figures underpinning the Australian startup ecosystem. This vital survey reveals a great deal about startups – where they are, what they do, and more. It will provide plenty of excellent reading for the Christmas break – but more importantly – will help you understand what is taking place in the world of Australian startups. And where there are startups, there are opportunities.

The StartupAus analysis earlier this year estimated that we had around 1200 startups in Australia. I am guessing that the StartupMuster will see that number grow.

One of the most important reasons that startup growth is encouraged in Australia is that they drive employment growth. The recent Australian Innovation System Report by the Chief Economist reveals a powerful link between small businesses, startups and employment. The report states:

But the chart below tells the story more powerfully still. The dark blue areas represent employment growth generated by businesses that are under two years old. And without that energy and momentum, the entire Australian economy would be in a much worse place.

While the average startup may start small, but they are also a vital breeding ground for our workforce:

The most interesting thing for me in that startups may, in fact, be the best antidote to a state of disruption. In a world where firms are under employing, cutting costs and squeezing margins, the opportunities for startups keep arriving. And while we may not yet know what jobs for the future look like, it seems that startups may be already in the process of creating that future.

← Prev: The Marketing System for Disruptive Innovation Next: Growth Hackers are Marketers with Coding Skills → 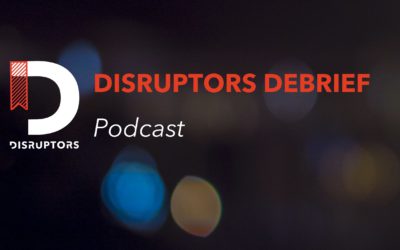